Sight Seeing All Over Of Egypt 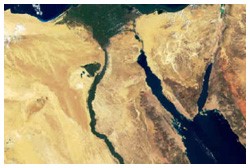 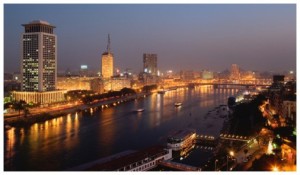 The capital of Egypt and the largest city in Africa, the name means “the victorious city”. It is located on both banks of the River Nile near the head of the river’s delta in northern Egypt and has been settled for more than 6000 years, serving as the capital of numerous Egyptian civilizations. Cairo is known locally as “Misr”, the Arabic name for Egypt, because of its centrality in Egyptian life.

The Egyptian Museum Is A Must-Visit, With Endless Rows Of Sarcophagi, Mummies And Other Tomb Treasures. The Museum Is Open From 9 Am To 5 Pm On All Days Except Friday; Students Get A 50% Discount On Entry Fee, If You Want To See The Royal Mummy Room.

It was named after Prince Jaharkas Al-Khalili, who was one of the powerful Mamluke Princes in the 14th century. It is famous for its unusual, typically oriental souvenirs,
and handmade crafts. The Medieval atmospheres of this traditional market, together with the labyrinth layout of the streets, gives visitors o lot of pleasure and a glimpse
into what medieval markets once were like.
The Khan El-Khalili Bazaar is place where art and commerce
come together to give a unique and remarkable, harmonious experience.

No Monuments Is Egypt Are Visited As Much As 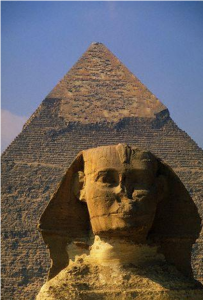 The Three Pyramids Are Devoted To The Father-Son-Grandson
Trio Of Cheops, Cephren And Mycerinus. The First Two Are The Most Impressive. Egyptologists And Archeologists Differ Over The Exact Significance Of The Sphinx (Known In Arabic As ‘Abu Al-Hol’ Or The ‘Father Of Terror’) In Egyptian Culture, But There Is No Doubting The Sheer Grandeur Of The Figure. It Is Considered The Most Ancient Capital Of Egypt Established By King Mina. 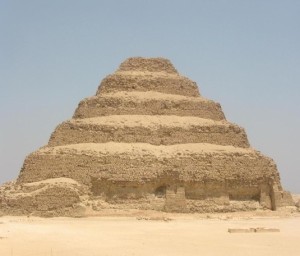 is Another Important Place to Visit,
its the Pyramid of Unas, The Serapeum Of Burial Place The Sacred Bulls And Mastabas Which Are Known As The Tombs Of Nobles, The Most Famous Of Which Is The Tomb Of Ptah Hotep, The Tomb Of Kagemni And The Tomb Of Mereruka.

One of Cairo’s major attractions is

The Citadel of Saladin (EL-Qala) 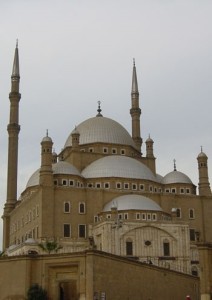 The construction of the Citadel of Saladin was started by King Saladin in 1170 A.D,
and completed by his brother, King El-Addel.
It is located on a high hill that overlooks the old city of Cairo.
Saladin built this fortress to protect the old city of Cairo, and it mainly consists of enclosure walls and watchtowers, as well as many, many gates! As every 120m there are gates into the Citadel that were built at various times in history.
The architectural plan of the fortress resembles many of the ones that were built in Syria and Palestine at the time of the Crusades. Later on, the Citadel became a major training centre for the Egyptian army.
The Citadel was neglected until the Mamluke Period, in the 14th Century, when they used it as a residence for the Sultan. Also, in that Century, the Sultan El-Naser Mohamed added many buildings, including a Mosque, inside the castle.
During the Ottoman times, the Turks installed further reinforcements, and used it as a residence for the Turkish Viceroy, as well as increasing the number of garrisons in the Citadel.

It’s The Second Largest City In Egypt, It Has An Atmosphere That Is More Mediterranean Than Middle Eastern; Its Ambience And Cultural Heritage Distance It From The Rest Of The Country Although It Is Actually Only 225 Km. From Cairo. Alexandria Lies Northwest Of The Nile Delta And Adjoins Lake Mariut

The Fort Of Qait Bay 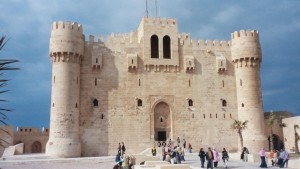 The Qaitbay Citadel in Alexandria is considered one of the most important defensive strongholds, not only in Egypt, but also along the Mediterranean Sea coast. It formulated an important part of the fortification system of Alexandria in the 15th century A.D.
The Citadel is situated at the entrance of the eastern harbour on the eastern point of the Pharos Island It was erected on the exact site of the famous Lighthouse of Alexandria, which was one of the Seven Wonders of the Ancient World.

Acres Of Formal Gardens And A Beautiful Beach Make Montazah (Shown To The Right ) The Foremost City Pleasure Grounds. Montazah Palace, A Grand Structure Built In A Mixture Of Turkish And Florentine Styles, Is Now A Great Statehouse.

Is Being Enthusiastically Developed By The Egyptian Government As A Major
Tourist Center,But Despite Some Good Beaches(Shatt Al-Gharam, Agiba And Ubaiyyad),It Has Little To Offer * The Upper Nile Area(Which Is Actually In The South Of The Country) Boasts Three Very Interesting Towns, Albeit For Different Reasons. 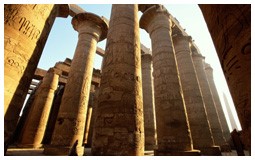 Is A Regular Tourist Hotspot For The Reason Most Travelers Visit Egypt—The Sheer Grandeur Of Its Well-Preserved Monuments Dating From The Old, Middle And New Kingdoms Of Ancient Egypt. The Best Part Is That You Don’t Need to Be an Egyptologist or Even a History Buff to Appreciate the Beauty of Luxor’s Monuments. 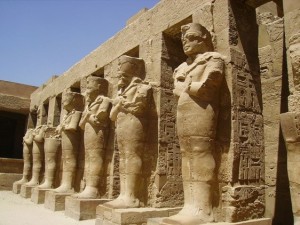 The Great Temple Of Amun At Karnak Was Once The Religious Centre Of Thebes And Upper Egypt. Karnak Was Linked To Luxor By A Sphinx-Lined Avenue, And The Whole Complex Of Temples Was In Turn Linked To The Nile Via A Canal Through Which Moved The Sacred Boats Of The God Amun. Passing Through A Smaller Avenue Of Ram-Headed Sphinxes, Erected By Ramesses II, We Come To The Massive Pylon Entrance Of The 30th Dynasty.Inside The Great Courtyard, Which Dates From The 22nd Dynasty, Are Three Chapels Dedicated To The Gods Amun, Khous & Mut By Seth II. The Impressive Hypostyle Hall Has 134 Soaring Columns; Each Column Is Carved With Scenes Of Gods And Pharaohs;The Inscriptions On The Walls Tell Their Stories Of War And Peace.

The Valley of the Kings & Queens

The Valley of the Kings was the royal cemetery for 62 Pharaohs, and is located on the west bank at Luxor. The only entrance to this place was a long narrow winding path. This was a secret place, where sentries were placed at the entrance of the Valley.

Aswan is the 3rd largest city in Egypt, and the biggest in Upper Egypt! It is also one of the favorite places for tourists to visit.

It is a major mining area for aluminum and iron as well as being a major stop for the cruise boats, as most of the Nile cruises sail between Aswan and Luxor, and vice versa. The local market is a very good place to do your holiday shopping, especially as you will find the best types of fresh spices here

Philae Island was a rocky island in the middle of the River Nile, south of Aswan. It was called in Hieroglyphic “Apo” which means Ivory. It was also known by the Greek “Elephantine”, most probably because it was an important centre of trade, especially for ivory. 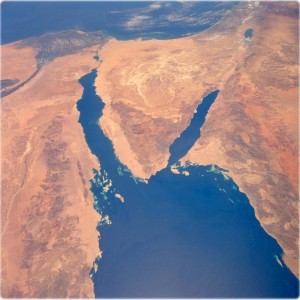 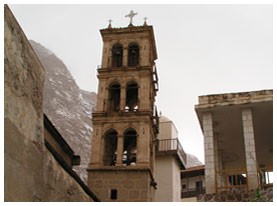 This Was Built In The 6th Century And Dedicated To The Daughter Of A Ruler Of Alexandria, Who Converted To Christianity And Was Subjected To Great Torture. The Huge Walls Of The Monastery Surround A Number Of Small Churches. On The East Wall Is An Ancient Basket And A Pulley Which Was Used Instead Of Opening The Door. 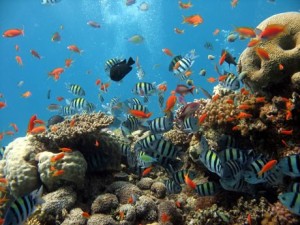 Overlooks The Gulf of Aqaba, And Is About 53 Km. From Ras Mohammed And 336 Km. From Suez. It Is Both A Summer And Winter Resort Due To Its Moderate Climate All Year Round And Depends On Fishing And Tourism. It Is The Mecca Of All Those Who Seek Tranquility And Love The Sun. There Are Several Well Equipped Diving Centers. 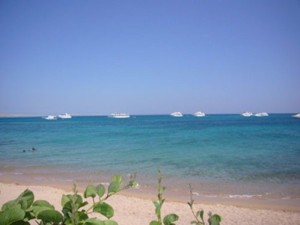 Founded In The Early 20th Century, Hurghanda Has Gone On To Become The Foremost Tourist Resorts Of The Red Sea Coast And An International Centre For Aquatic Sports. If It Takes Place In The Water You Can Do It Here: Windsurfing, Sailing, Deep-Sea Fishing, And Snorkeling. The Unique Underwater Gardens Are Some Of The Finest In The World.